You are here: Home / Archives for Michael Jordan 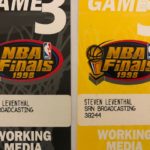 If you are enjoying The Last Dance on ESPN, it was an incredible experience. I had the good fortune to share coverage of that 1998 Chicago Bulls season with my colleagues at SRN. I was able to see nineteen regular season contests and at least one game in each round of the playoffs in person. Chicago Bulls 1997-98 schedule and results from Basketball Reference. The … END_OF_DOCUMENT_TOKEN_TO_BE_REPLACED

To understand a Cleveland fan, or just the sports landscape of the city itself, out-of-town and national writers must feel obligated to offer up the preamble.  Before any success can be achieved or any praise be given, we must be reminded of the failure, or is it failures?  It seems like either could work, and we've reached the point where we've got a preamble to the … END_OF_DOCUMENT_TOKEN_TO_BE_REPLACED

Unless you're not a sports fan,  this past week you haven't been able to avoid the hoopla surrounding Michael Jordan's milestone fiftieth birthday. I have been very fortunate to have seen Michael play first hand, both in Chapel Hill, and in Chicago, where I moved to in 1986.  How many people can claim to have seen his first and last college games, as well as all six … END_OF_DOCUMENT_TOKEN_TO_BE_REPLACED 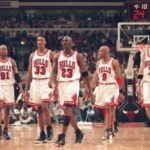 first in a three part series.... The 1995-96 basketball season began with more anticipation than normal.  The season started off with the Houston Rockets celebrating their second straight championship and one of the game’s greatest players would be making his return for a full season.  That player is Michael Jordan.   Jordan had taken an eighteen-month break from the game to … END_OF_DOCUMENT_TOKEN_TO_BE_REPLACED

A memoir by Steven Leventhal - coming soon. I am working feverishly on my forthcoming memoir. This is the story of a pivotal year in my life. In 1978 I graduated in a class of 225 from a small town in North Carolina, and entered college that … END_OF_DOCUMENT_TOKEN_TO_BE_REPLACED

In October 2019, at the Ensemble Travel conference in Seattle, I got to hear and talk to one of the most incredible individuals I have ever had the pleasure of meeting. The theme of the annual travel agent convention was "Travel With Purpose." Spencer West lost his legs below his pelvis at age … END_OF_DOCUMENT_TOKEN_TO_BE_REPLACED

with David Rusch and Steve Leventhal On the July 2021 edition of the Home Improvement USA program, Dave and Steve discuss reasons, other than investment purposes, to buy a home instead of renting a … END_OF_DOCUMENT_TOKEN_TO_BE_REPLACED