You are here: Home / About Us

SRN Broadcasting is the result of many talented individuals, who bring you great programming in music, sports, and talk radio.

SRN came into existence in 1992 as a seven days-a-week of nightly sports programming in Chicago. Our original name was Sports Radio Nightly.  Within a year we had branched out into non-sports talk, and when we incorporated, the company name was changed to SRN Broadcasting. By 1995, we could see that the world wide web provided opportunities for broadcasters that terrestrial radio could not, so we created the brand name InternetFM, and registered the domain name InternetFM.com.  In 1998, we leveraged the emerging technology of streaming audio to expand our sports coverage nationwide and provide audio services to newspapers (and their websites) across the US and Canada.  To this day, we maintain a network of reporters and contacts in every major pro sports market. In addition to Chicago, we also have offices in Los Angeles, Toronto, and Phoenix.

Today, SRN and InternetFM.com is comprised of four radio stations, three long form programs, and eight affiliates carrying our programming. This is collaboration between many creative people, whose talents and skills have resulted in the web site, its content, and the streaming radio feeds and podcasts. In 2018 we launched our first mobile app, leveraging our relationship with other independent Internet broadcasters, adding our favorite rock stations in an easy to use, ad free presentation.   Get more information and download links to the app stores. 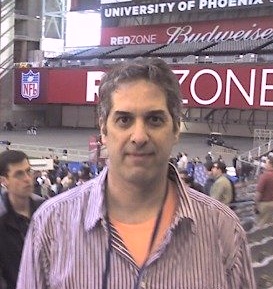 Steve Leventhal – Owner, GM, Sports Director (NFL, College Football, PGA). He has tried to remain ahead of the technological learning curve, being quick to adopt emerging technologies.  Steve brings his expertise in studio engineering, music programming,  radio production, web development, content management, copywriting, and on-air personality.  There he produced talk shows “Home Improvement USA,”   “The Bears-Packers Showdown,” “ Diamond Gems Baseball” (where he helped grow the affiliate base from just under twenty to nearly fifty radio stations,) and currently produces and co-hosts the “The Sports Report with Packer Dave.”  Leventhal also produced the music show “Acid Flashback” at WCBR-FM from 1994-95, and its syndicated successor, “Psychedelic Time Warp.” He is the studio engineer for Cubs play-by-play broadcaster Pat Hughes’ acclaimed series of tribute CD’s – “Baseball Voices.” An early proponent of the Internet, Steve built his first web site in 1995.  In 1998, he pioneered the use of then- emerging format RealAudio to provide post-game sports interviews to the web sites of some of the biggest names in the newspaper business, including the New York Times, Gannett, Knight Ridder,  Tribune Companies, and E.W. Scripps.  He also edited and written for a daily blog, “Booth Reviews,” on the Tribune companies owned site ChicagoNow.com. Leventhal’s latest venture is streaming Internet music radio station “Acid Flashback,” and the accompanying portal, InternetFM.com.SRN Broadcasting now streams audio in the mp3 format, and builds web sites, blog sites, and Facebook landing pages. The company also pro

Rusch is also the host of The Sports Report with Packer Dave. This podcast is a lively discussion of Chicago, Milwaukee, and national sports stories. Dave, along with Steve Leventhal, Jeff Rich and John Poulter cover everything from the NFL, NBA, NHL, MLB, college sports to English Premier League soccer.  It’s a jam med packed hour of who’s who and what’s what to get you ready for your sports weekend.

SRN Broadcasting’s – Acid Flashback – A psychedelic blend of album rock, progressive rock, new wave, blues, indie-pop, jazz, and reggae. It’s programmed to be trippy during the day, and rockin’ out at night. A library of more than 10,000 songs ensures very few repeats and a fantastic variety of music spanning seven decades. 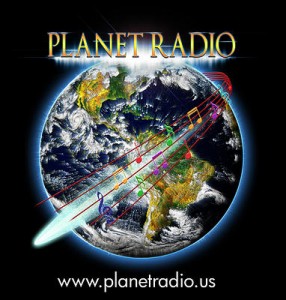 Planet Radio – a mix of great music from the last 60 years. A little old top 40, a lot of great rock classics, that you’ve heard, others maybe not. Over 8,900 incredible songs, 1,800 unique artists. Planet Radio is a part of the St. Louis Classic Rock website.  The station is run by  Randy Raley, who started his radio career at 100,000 watt KFMH in Muscatine Iowa He then went to be the first mid day announcer on WXLP in the Quad Cities and got his real big break when Max Floyd offered him the night shift at KYYS (KY102) in Kansas City. He then moved to afternoons and was Kansas City’s most popular announcer in that time slot from 1983-85. In the spring of 1985, Randy had his lifelong dream come true when KSHE 95 in St. Louis came calling with the opportunity to do the 4pm to 8pm shift. “I was totally happy and content in Kansas City, there was only one station I would have ever left KC for and KSHE happened to be that station.” Randy said.

Planet Radio went on the air on January 1, 2010. “It’s kind of funny”, Raley says,”the first incarnation of planet radio contained everything from Motown to John Denver to Back Sabbath. I thought after awhile, that mix didn’t work, so I took all the top 40 and pop stuff out. That didn’t sound right either, so almost five years later, planet radio sounds pretty much like it did when it started.”

What can you expect from the planet radio playlist? “The idea that you never know what’s coming next”, Raley said. “It harkens back to my first station KFMH in Muscatine, you literally didn’t know what was next, it could be some jazz fusion, or anything really.” “I always liked the surprise factor, when if Pink Floyd was coming up, it wasn’t the same six songs played on terrestrial radio. 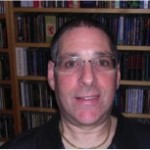 Music Director – Eric Berman has been sharing his creativity, passion, and his encyclopedic knowledge of music via daily “Song Of The Day” posts on InternetFM.com, as well as other websites and Facebook for several years.  A long-time music industry veteran, Eric has created hundreds of successful themed music collections for the likes of Time-Life Music, Readers Digest, BMG Music, and TVmusic4U. InternetFM.com presents exclusive distribution of his informative daily feature, “Song of the Day.” Eric is also a skilled web designer and content management expert. 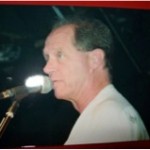 Mitch Michaels has a long record as a personality, innovator & communicator, in the field of radio. From his beginnings at WHFS Bethesda, Md., his native Cleveland at WNCR and WMMS, to his many years in Chicago at WGLD, WXRT(a station he helped to start), WDAI, the first voice heard on WKQX (Bob Pittman’s radio prototype for MTV), WLUP,WBBM-FM, WCKG, WLS, WXCD, 9FM and WRXQ.

As Program Director at Chicago’s famed WLUP-FM (The LOOP) he was deeply involved with “Disco Demolition”, “Day in the Park” and the 1st “Stereo/Video Simulcast” of a live rock concert (The Who)beamed direct and “live” to nine separate theaters(all of which had full concert sound & were “sold out”). He helped kick off innovative 9FM “We Play Anything” with Sky Daniels.  Mitch currently hosts 3 to 7 PM Monday through Friday on 95.9 WERV-FM in Aurora, IL. In conjuction with his YeahBabyTunes.com web site InternetFM.com presents a daily “Today in Rock History” written feature. 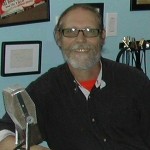 Marty Masters got his start in the 1970’s running sound for bands and theatre groups, where he studied with Player’s Workshop of Second City.  He also did “The 3D Radio Show” on WHCM in Palatine, IL.  His penchant for music evolved into a position on the engineering staff with WXRT/WSCR/WSBC for 14 years. Eventually, he relocated to San Francisco where he secured a position as a Network Analyst at San Francisco State University. However the music was still ru

nning in the background of his thoughts and Marty returned to the classroom and earn his BA degree in broadcasting. It was there that revived his program as “The 3D RadioActivity” on KSFS, where he also served as Production Director.  He has just started his fourth year of writing, engineering, performance, and production of the show, which won the 2011 SFSU BECA Recognition for The Best Original Radio Program.

The 3D RadioActivity is a two-hour historical snapshot of one musical topic. It’s more than a music show, it tells you a story about the songs and artists that you hear. You might call it a Rockumentary!

outtakes, and covers of well known songs by other artists.  Originally broadcast in 1995, now heard weekly on Zecom Radio’s – The Choice, and coming soon to Acid Flashback Radio.  Hosted by Bart Shore, who also created  Time Warp Radio in 2009, playing music from the 50’s, 60’s, and 70’s that radio forgot about.  It includes a one-hour all-request aired on fifteen radio and Internet stations around the USA. There is also a short form daily “Song of the Day” feature.  Both can also be heard at www.BartShore.com.

Vinyl Schminyl Radio is the brainchild of Bob Stern. Stern has worked at WLNX-FM, WPGU, WVVX-FM, WXRD, WIND-AM, WPBR, WCBR, as well as at Warner/Elektra/Atlantic. Bob is currently a successful regional manager for an international electronics company, and he decided that the podcast is where he would step back into radio. A longtime Classic Rocker in the AOR format, Bob created Vinyl Schminyl Radio, a daily featurette and a one-hour full-length show.

InternetFM.com is the clearing house for sports interviews conducted by SRN reporters at yoursportsfan.com. SRN staffs many major sports events, and over the years has covered prominent events such as the Super Bowl, NBA Finals, World Series, Stanley Cup, and NCAA Final Four, as well as providing regular and post season coverage. The audio has been heard on radio stations and prominent sports web sites, including the on-line sports editions of The New York Times, Chicago Tribune, Boston Globe, Washington Post, LA Times, Denver Post, and more.  Link up to any of these great sites by clicking on to SRN’s online sports information resource, SportsAudio.net

SRN in the news….

A narrative memoir by Steven Leventhal - coming soon. Sign up for the mailing list to get updates. I am working feverishly on my forthcoming memoir. This is the story of a pivotal year in my life. I had a front seat for one of the most … END_OF_DOCUMENT_TOKEN_TO_BE_REPLACED

In October 2019, at the Ensemble Travel conference in Seattle, I got to hear and talk to one of the most incredible individuals I have ever had the pleasure of meeting. The theme of the annual travel agent convention was "Travel With Purpose." Spencer West lost his legs below his pelvis at age … END_OF_DOCUMENT_TOKEN_TO_BE_REPLACED

with David Rusch and Steve Leventhal On the July 2021 edition of the Home Improvement USA program, Dave and Steve discuss reasons, other than investment purposes, to buy a home instead of renting a … END_OF_DOCUMENT_TOKEN_TO_BE_REPLACED