You are here: Home / Archives for Los Angeles Lakers

along with a Bears - Bucs preview....on the Weekend Sports Report with Packer Dave and Steve Leventhal Les Grobstein of the Score 670 Sports Radio in Chicago joins us to looks at the 2015 Bears season and discuss the weekend slate of NFL games. Steve and Dave debate who the NFL MVP should be. Fred Wallin of SportsByline checks in from Los Angeles with his thoughts on the NFL … END_OF_DOCUMENT_TOKEN_TO_BE_REPLACED

It's one of my favorite times of the year- NBA trade deadline season! A time when unsubstantiated rumors are thrown around like insults at a roast. As a future NBA GM, I have spent countless hours on the ESPN Trade Machine figuring out ways to manipulate rosters to address team needs. This season, I have crafted five trades that would impact the NBA landscape. These trades … END_OF_DOCUMENT_TOKEN_TO_BE_REPLACED

Nolan Block and I continue on our quest to unveil each NBA team's New Year's Resolution. In Part 1, we looked at the underwhelming Eastern Conference. Part 2 looks into the Western Conference from bottom to top. Utah Jazz- Acquire a Franchise Player Nolan- On paper, the Utah Jazz are not the worst team in the league. They have assembled a team that looks like they are close … END_OF_DOCUMENT_TOKEN_TO_BE_REPLACED

with Andy Dorf and Fred Wallin On this edition of Dorf on Sports Fredand Andy talk about the Phoenix Suns dealing Steve Nash to the LA Lakers. Does this make the Lakers a contender next season? They also talk about baseball as the annual All-Star game approaches.  Comedian Anthony Padilla calls in. He will be in Phoenix at Wild Horse Pass Casino Friday night and again on July … END_OF_DOCUMENT_TOKEN_TO_BE_REPLACED 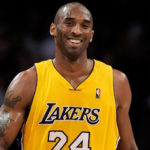 with Andy Dorf and Fred Wallin Fred and Andy talk about the opening of Major League Baseball being too long, and recap the Kentucky win over Kansas for the NCAA Title. The Lakers troubles continue, along with the poor attitude of their big man Andrew Bynum. Also, comedian Monique Marvez, who is performing at the Tempe Improv this weekend, makes a guest appearance. To be part of … END_OF_DOCUMENT_TOKEN_TO_BE_REPLACED

A narrative memoir by Steven Leventhal - coming soon. Sign up for the mailing list to get updates. I am working feverishly on my forthcoming memoir. This is the story of a pivotal year in my life. I had a front seat for one of the most … END_OF_DOCUMENT_TOKEN_TO_BE_REPLACED

In October 2019, at the Ensemble Travel conference in Seattle, I got to hear and talk to one of the most incredible individuals I have ever had the pleasure of meeting. The theme of the annual travel agent convention was "Travel With Purpose." Spencer West lost his legs below his pelvis at age … END_OF_DOCUMENT_TOKEN_TO_BE_REPLACED

with David Rusch and Steve Leventhal On the July 2021 edition of the Home Improvement USA program, Dave and Steve discuss reasons, other than investment purposes, to buy a home instead of renting a … END_OF_DOCUMENT_TOKEN_TO_BE_REPLACED