You are here: Home / Archives for Chase Daniel 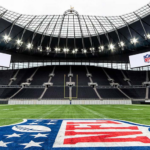 It was ugly, exciting, and ugly again as the Chicago Bears simply couldn't muster up enough magic to beat the Oakland Raiders in London on Sunday. Khalil Mack's "revenge game" was made a dud by strong offensive line play and smart playcalling from Raiders coach Jon Gruden, who said in the locker room in a pass at the Bears' Club Dub, "I don’t have a disco, but let’s all start … END_OF_DOCUMENT_TOKEN_TO_BE_REPLACED

The 2018 Chicago Bears, now 8-3 and still in first place in the NFC North, travel East to the Big Apple to face the New York Giants. The Giants’ struggles have been apparent this year, but, like any team, they pose their own set of unique challenges Rushing a weak Giants' offensive line The Giants’ offensive line remains a glaring weakness in their game, even after the addition … END_OF_DOCUMENT_TOKEN_TO_BE_REPLACED

The Chicago Bears celebrated Thanksgiving with a 23-16 win over the Detroit Lions. It wasn't easy, and it certainly wasn't ideal, but the Bears won their fifth straight game for the first time since 2012 and went three-for-three in their stretch of divisional games. Tough circumstances The unfortunate timing of playing an early Thanksgiving game 80 hours after a Sunday night … END_OF_DOCUMENT_TOKEN_TO_BE_REPLACED

A narrative memoir by Steven Leventhal - coming soon. Sign up for the mailing list to get updates. I am working feverishly on my forthcoming memoir. This is the story of a pivotal year in my life. I had a front seat for one of the most … END_OF_DOCUMENT_TOKEN_TO_BE_REPLACED

In October 2019, at the Ensemble Travel conference in Seattle, I got to hear and talk to one of the most incredible individuals I have ever had the pleasure of meeting. The theme of the annual travel agent convention was "Travel With Purpose." Spencer West lost his legs below his pelvis at age … END_OF_DOCUMENT_TOKEN_TO_BE_REPLACED

with David Rusch and Steve Leventhal On the July 2021 edition of the Home Improvement USA program, Dave and Steve discuss reasons, other than investment purposes, to buy a home instead of renting a … END_OF_DOCUMENT_TOKEN_TO_BE_REPLACED