You are here: Home / Archives for Alabama Crimson Tide 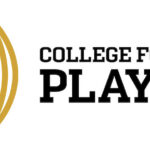 Editor's note: Now that we are in the midst of the bowl games, see below how we would have seeded this hypothetical NCAA football tourney We cheered when college football went from a two team arbitrary championship game to a four team playoff system. However, with four teams and five power conferences, a team the deserves a chance to compete will get shut out. So … END_OF_DOCUMENT_TOKEN_TO_BE_REPLACED

on The Sports Report with Packer Dave, Steve Leventhal, and Jeff Rich It's also the start of the NFL playoffs, so our guest Scott Harrison, who covers the Saints regularly, previews the New Orleans - Carolina Panthers game for us.  We'll look at the other matchups this weekend, as well as give you a preview of the 2018 college football championship game between Georgia and … END_OF_DOCUMENT_TOKEN_TO_BE_REPLACED

A narrative memoir by Steven Leventhal - coming soon. Sign up for the mailing list to get updates. I am working feverishly on my forthcoming memoir. This is the story of a pivotal year in my life. I had a front seat for one of the most … END_OF_DOCUMENT_TOKEN_TO_BE_REPLACED

In October 2019, at the Ensemble Travel conference in Seattle, I got to hear and talk to one of the most incredible individuals I have ever had the pleasure of meeting. The theme of the annual travel agent convention was "Travel With Purpose." Spencer West lost his legs below his pelvis at age … END_OF_DOCUMENT_TOKEN_TO_BE_REPLACED

with David Rusch and Steve Leventhal On the July 2021 edition of the Home Improvement USA program, Dave and Steve discuss reasons, other than investment purposes, to buy a home instead of renting a … END_OF_DOCUMENT_TOKEN_TO_BE_REPLACED