Few words better describe José Abreu’s month more than “ridiculous,” and his naming as August’s AL Player of the Month solidifies that statement. A span of time in which he racked up a .330 batting average, 11 HR, 29 RBI and 1.061 OPS, he quietly, though not so quietly when the ball hit off his bat, led the way for a month in which the White Sox went 19-9 and set a franchise … END_OF_DOCUMENT_TOKEN_TO_BE_REPLACED 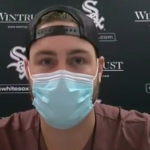 In 2018, Lucas Giolito’s postgame comments were rife with words like “disappointed,” “got away from me” or "frustrating." He’d thrown a 6.13 while going 10-13. The White Sox, at a low point in their rebuild, stumbled through another 100-loss season with little reason to think Giolito could be the anchor of their rotation. On a hot and humid Tuesday night in Chicago, 25 days … END_OF_DOCUMENT_TOKEN_TO_BE_REPLACED

Baseball is good in Chicago. It feels weird, but the 16-8 Cubs and 15-11 White Sox collide this weekend with real stakes on the line. Both sides stand to benefit or fall behind from this weekend instead of one team trying to spoil the other’s postseason chances. This year, both teams may look back and circle this weekend as a critical junction in the year, despite it still … END_OF_DOCUMENT_TOKEN_TO_BE_REPLACED

Dane Dunning isn’t exactly one of the top names that come to mind when assessing the White Sox’ war chest of prospects, but he’s still a big enough name to make tonight’s game against the Detroit Tigers a notable point in the White Sox’ rebuild. He gets the against another high-level prospect, Casey Mize, the no. 1 overall pick from the 2018 draft and the club's second-highest … END_OF_DOCUMENT_TOKEN_TO_BE_REPLACED 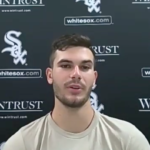 After a combined six hits in their double-header on Saturday, the White Sox got a much-needed offensive-outpour on Sunday that saw them hit back-to-back-to-back-to-back home runs in a 7-2 win over the St. Louis Cardinals. The Sox are 11-11 with a four-game series against Detroit ahead of them and a three-game set against the Cubs on deck. Starting on the mound tonight will … END_OF_DOCUMENT_TOKEN_TO_BE_REPLACED

A narrative memoir by Steven Leventhal - coming soon. Sign up for the mailing list to get updates. I am working feverishly on my forthcoming memoir. This is the story of a pivotal year in my life. I had a front seat for one of the most … END_OF_DOCUMENT_TOKEN_TO_BE_REPLACED

In October 2019, at the Ensemble Travel conference in Seattle, I got to hear and talk to one of the most incredible individuals I have ever had the pleasure of meeting. The theme of the annual travel agent convention was "Travel With Purpose." Spencer West lost his legs below his pelvis at age … END_OF_DOCUMENT_TOKEN_TO_BE_REPLACED

with David Rusch and Steve Leventhal On the July 2021 edition of the Home Improvement USA program, Dave and Steve discuss reasons, other than investment purposes, to buy a home instead of renting a … END_OF_DOCUMENT_TOKEN_TO_BE_REPLACED