You are here: Home / Archives for Oklahoma City Thunder

It's one of my favorite times of the year- NBA trade deadline season! A time when unsubstantiated rumors are thrown around like insults at a roast. As a future NBA GM, I have spent countless hours on the ESPN Trade Machine figuring out ways to manipulate rosters to address team needs. This season, I have crafted five trades that would impact the NBA landscape. These trades … END_OF_DOCUMENT_TOKEN_TO_BE_REPLACED

with Andy Dorf and Fred Wallin On this edition or Dorf on Sports Andy Dorf and producer Wayne Robinson talk about the huge win for the Oklahoma City Thunder over the Spurs. Now that the young guns of OKC have made it to the finals, can they win it all? Boston has a chance to end Miami's season with a game 6 win. If not, its back to Miami for a winner take all game 7. Lastly, … END_OF_DOCUMENT_TOKEN_TO_BE_REPLACED 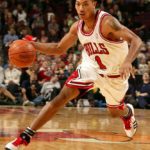 with Fred Wallin and Andy Dorf On this edition of Dorf on Sports Fred and Andy discuss the NBA playoffs. Now that Derrick Rose went down with a torn ACL, can anyone stop the Heat from getting out of the East? In the West it seems to all about the Thunder and the Spurs. Comedian Rodney Perry calls in. He will be who performing at the Tempe Improv this weekend. That plus listener … END_OF_DOCUMENT_TOKEN_TO_BE_REPLACED

A narrative memoir by Steven Leventhal - coming soon. Sign up for the mailing list to get updates. I am working feverishly on my forthcoming memoir. This is the story of a pivotal year in my life. I had a front seat for one of the most … END_OF_DOCUMENT_TOKEN_TO_BE_REPLACED

In October 2019, at the Ensemble Travel conference in Seattle, I got to hear and talk to one of the most incredible individuals I have ever had the pleasure of meeting. The theme of the annual travel agent convention was "Travel With Purpose." Spencer West lost his legs below his pelvis at age … END_OF_DOCUMENT_TOKEN_TO_BE_REPLACED

with David Rusch and Steve Leventhal On the July 2021 edition of the Home Improvement USA program, Dave and Steve discuss reasons, other than investment purposes, to buy a home instead of renting a … END_OF_DOCUMENT_TOKEN_TO_BE_REPLACED