You are here: Home / Archives for New York Knicks

As we say goodbye to 2013 and hello to 2014, it is tradition to begin to think about our goals and aspirations for the New Year. We often formulate a list of resolutions, a plan of attack, for the upcoming year. I decided to team up with my good friend and fellow NBA addict Nolan Block to find what each NBA team's top New Year's resolution will be. In Part 1, we will look at … END_OF_DOCUMENT_TOKEN_TO_BE_REPLACED

Heading into the season, both the Nets and Knicks were projected to be legitimate contenders in the Eastern Conference. The Nets assembled a starting lineup of veteran all-stars (at a price tag of $82.4 million) to make a run at a championship. The Knicks set out to improve on last year's 54-win season by adding Andrea Bargnani and Metta World Peace. Yet, through a combined 34 … END_OF_DOCUMENT_TOKEN_TO_BE_REPLACED 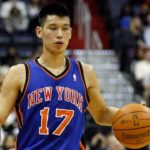 with Andy Dorf and Fred Wallin On this edition of Dorf On Sports, Fred  and Andy f talk about Jeremy Lin, the newest star in the NBA and for the New York Knicks. This is truly the best sports story I have ever seen. He has had an impact not only on his team but the entire NBA. We also talk about how weak the Pac-12 is in basketball. In addition they discuss Peyton Manning and … END_OF_DOCUMENT_TOKEN_TO_BE_REPLACED

A narrative memoir by Steven Leventhal - coming soon. Sign up for the mailing list to get updates. I am working feverishly on my forthcoming memoir. This is the story of a pivotal year in my life. I had a front seat for one of the most … END_OF_DOCUMENT_TOKEN_TO_BE_REPLACED

In October 2019, at the Ensemble Travel conference in Seattle, I got to hear and talk to one of the most incredible individuals I have ever had the pleasure of meeting. The theme of the annual travel agent convention was "Travel With Purpose." Spencer West lost his legs below his pelvis at age … END_OF_DOCUMENT_TOKEN_TO_BE_REPLACED

with David Rusch and Steve Leventhal On the July 2021 edition of the Home Improvement USA program, Dave and Steve discuss reasons, other than investment purposes, to buy a home instead of renting a … END_OF_DOCUMENT_TOKEN_TO_BE_REPLACED