You are here: Home / Archives for March Madness

The Weekend Sports Report with Packer Dave and Steve Leventhal ....SRN assistant sports director and basketball guru Phil Meyers joins us for a look at the brackets and discusses who, if anyone can step up and challenge undefeated Kentucky for the NCAA title as 2015 March Madness gets underway. John Poulter also chimes in on spring training baseball, as well as a brief chat on … END_OF_DOCUMENT_TOKEN_TO_BE_REPLACED

Forget Christmas and the day the kids go back to school. This is one of the two most wonderful days of the year. It used to be New Year's Day and all the Bowl games, but that has been whittled down as the good games are now spread out over the entire week. That delectable honor now goes to the first two days of March Madness 2014. I will either find myself glued to the easy … END_OF_DOCUMENT_TOKEN_TO_BE_REPLACED 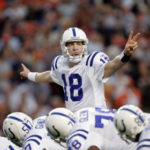 with Andy Dorf and Fred Wallin On this edition of Dorf on Sports, Fred and Andy talk about Peyton Manning and the Indianapolis Colts going in different directions. He is one of the best ever and is no longer in Indy. They also talk about the NBA and college hoops. March Madness is just around the corner. However, for the most part its all about Peyton and his future in the NFL. … END_OF_DOCUMENT_TOKEN_TO_BE_REPLACED

A narrative memoir by Steven Leventhal - coming soon. Sign up for the mailing list to get updates. I am working feverishly on my forthcoming memoir. This is the story of a pivotal year in my life. I had a front seat for one of the most … END_OF_DOCUMENT_TOKEN_TO_BE_REPLACED

In October 2019, at the Ensemble Travel conference in Seattle, I got to hear and talk to one of the most incredible individuals I have ever had the pleasure of meeting. The theme of the annual travel agent convention was "Travel With Purpose." Spencer West lost his legs below his pelvis at age … END_OF_DOCUMENT_TOKEN_TO_BE_REPLACED

with David Rusch and Steve Leventhal On the July 2021 edition of the Home Improvement USA program, Dave and Steve discuss reasons, other than investment purposes, to buy a home instead of renting a … END_OF_DOCUMENT_TOKEN_TO_BE_REPLACED