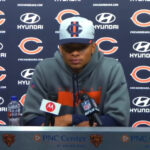 Justin Fields named starter for Sunday’s game. It’s a great opportunity for Justin and for all of us as a staff to be able to take this thing and see where he goes with this.-Matt Nagy As soon as Fields got the call, the entire dynamic with the media switched to how ready is Justin to take the helm of this team. Matt Nagy: "He’s able to do this in training camp. He’s … END_OF_DOCUMENT_TOKEN_TO_BE_REPLACED 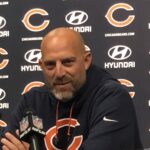 Bears win 20 - 17 over Cincinnati as Justin Fields subs for injured Andy Dalton. Bears fans who have been clamoring for Fields to see significant playing time got their wish on Sunday when 2021 starter Dalton came up hobbling as he approached the sideline early in the second quarter. Fields then entered for three plays that failed to yield a first down. Dalton would return … END_OF_DOCUMENT_TOKEN_TO_BE_REPLACED 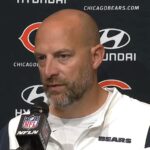 The Chicago Bears had possession of the football eleven more minutes than the Los Angeles Rams on their Sunday night opener. That fact just indicated how inefficient Chicago was in their 34-14 loss at SoFI Stadium for the 2021 NFL season's first contest. Two miscues in the defensive secondary proved costly. The Bears had an interception, a turnover on downs, then a fumble … END_OF_DOCUMENT_TOKEN_TO_BE_REPLACED 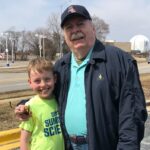 "It’s with great sadness that I write this: My father, Jerry, has passed away. He was a great man who made me what I am today," wrote Chris Kuc, former Chicago Blackhawks beat writer for the Chicago Tribune. Reaction was pretty swift. Fred Mitchell, former columnist for the Tribune: I have many fond memories of being interviewed on radio by your father, playing in charity … END_OF_DOCUMENT_TOKEN_TO_BE_REPLACED 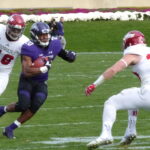 Courtesy of the College Football Foundation, here are important changes coming to the game this season: 2021 Rules Changes  Overtime 2-Point Conversion Requirements:Teams will be required to run a 2-point conversion play after a touchdown when a game reaches a second overtime period. Previously, a 2-point attempt was required after the third overtime period. Also, if the … END_OF_DOCUMENT_TOKEN_TO_BE_REPLACED

A narrative memoir by Steven Leventhal - coming soon. Sign up for the mailing list to get updates. I am working feverishly on my forthcoming memoir. This is the story of a pivotal year in my life. I had a front seat for one of the most … END_OF_DOCUMENT_TOKEN_TO_BE_REPLACED

In October 2019, at the Ensemble Travel conference in Seattle, I got to hear and talk to one of the most incredible individuals I have ever had the pleasure of meeting. The theme of the annual travel agent convention was "Travel With Purpose." Spencer West lost his legs below his pelvis at age … END_OF_DOCUMENT_TOKEN_TO_BE_REPLACED

with David Rusch and Steve Leventhal On the July 2021 edition of the Home Improvement USA program, Dave and Steve discuss reasons, other than investment purposes, to buy a home instead of renting a … END_OF_DOCUMENT_TOKEN_TO_BE_REPLACED