The way the team puts it, they have been in the a continuous series of one game playoffs for the past three weeks. Their win against the Jaguars, coupled with Arizona's loss to San Francisco leaves the Chicago Bears in control of their own destiny. That's no easy feat with the final game of the 2020 regular season at hand. Another game against the Green Bay Packers stands … END_OF_DOCUMENT_TOKEN_TO_BE_REPLACED

It wasn't Ali-Frazier, Hagler-Hearns, or Clay-Liston. It wasn't really billed as David vs Goliath, although it was more like David vs Dalvin. Montgomery vs Cook that is. The Bears' 2019 third-round draft pick out gained and out scored the top running back in the NFC to help keep his team's playoffs hopes alive on the road in Minnesota. The 5-11, 222 pound runner from … END_OF_DOCUMENT_TOKEN_TO_BE_REPLACED 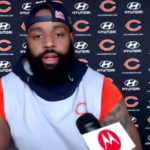 The 2020 Chicago Bears finally won a game. The Bears defense ended their fall/winter hibernation and showed up. Khalil Mack had a sack, a QB hit, a safety, and a fumble recovery. The Bears had a game with no turnovers. Weeks ago, Matt Nagy proclaimed that this team had not showed its true potential, when all three phases would be in sync. Granted, this team wasn't … END_OF_DOCUMENT_TOKEN_TO_BE_REPLACED 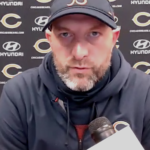 The Detroit Lions should have been the panacea to cure the 2020 Chicago Bears five game skid. Instead, the Lions scored twice in the last two minutes of the game to upend their NFC North rivals. The final score was aided by a strip sack on 3rd and 4 inside their own 20 yard line. Detroit scored two plays later. Yet, Chicago still had a chance, driving down the field from … END_OF_DOCUMENT_TOKEN_TO_BE_REPLACED 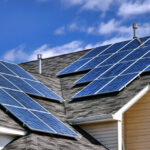 with Dave Rusch and Steve Leventhal On the December 2020 edition of the program, Dave and Steve discuss constructive projects to do inside the home while staying safe from Coronavirus. Bill von Brethorst from Planetary Systems joins the show again to discuss advances in efficiency for solar and wind power, making it easier and more cost-effective to live off the grid.  … END_OF_DOCUMENT_TOKEN_TO_BE_REPLACED

A narrative memoir by Steven Leventhal - coming soon. Sign up for the mailing list to get updates. I am working feverishly on my forthcoming memoir. This is the story of a pivotal year in my life. I had a front seat for one of the most … END_OF_DOCUMENT_TOKEN_TO_BE_REPLACED

In October 2019, at the Ensemble Travel conference in Seattle, I got to hear and talk to one of the most incredible individuals I have ever had the pleasure of meeting. The theme of the annual travel agent convention was "Travel With Purpose." Spencer West lost his legs below his pelvis at age … END_OF_DOCUMENT_TOKEN_TO_BE_REPLACED

with David Rusch and Steve Leventhal On the July 2021 edition of the Home Improvement USA program, Dave and Steve discuss reasons, other than investment purposes, to buy a home instead of renting a … END_OF_DOCUMENT_TOKEN_TO_BE_REPLACED