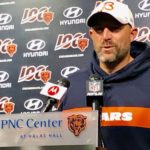 For all the talk about the 2019 Chicago Bears' defense regressing from the 2018 team, little indication of such a trend had manifested in the first two weeks. That course continued Monday night in Washington as the Bears' defense piled up six quarterback hits, four pass deflections, three interceptions, two fumbles and a pick-six that on Washington's third play from … END_OF_DOCUMENT_TOKEN_TO_BE_REPLACED 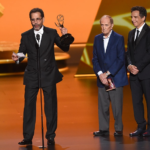 The annual broadcast celebrating the small screen was dull, dumb, and sunk to new viewership lows. A story in Variety today reports that the telecast drew a paltry 6.9 million viewers for a 1.6 rating and represents a one-third drop in the number of viewers from 2018 and 2017. Furthermore, the story says that figure is sixty-six percent lower than a mere six years ago, when … END_OF_DOCUMENT_TOKEN_TO_BE_REPLACED 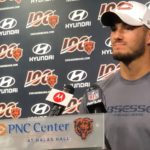 The 1-1 Chicago Bears, fresh off their come from behind win at Denver, travel to the nation's capital to take on the winless Redskins. Washington dropped their first two games, both against division opponents. Here's what the players and coaches had to say in advance of this contest. Jay Gruden, Redskins coach: We’ve got to get a better in the riunning game. for sure. htat;s … END_OF_DOCUMENT_TOKEN_TO_BE_REPLACED 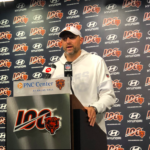 Everyone okay? Has everyone's blood pressure returned to normal? Okay. Exhale. The Chicago Bears eeked out a 16-14 win on the road against the Denver Broncos, thanks to another impressive performance from their defense and rookie kicker Eddy Piñeiro. Yes! The kicker! A low-scoring affair from both sides left the game at a 13-6 stalemate for Broncos quarterback Joe … END_OF_DOCUMENT_TOKEN_TO_BE_REPLACED 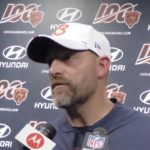 The mantra in the week leading up as the 2019 Chicago Bears prepare for their game at the Denver Broncos was to put the Green Bay game in the rear view mirror. The focus shifts to facing Vic Fangio, Denver's new head coach and the Bears' former defensive coordinator. Here's what the two coaches and the Bears players had to say. The players are different, says Matt Nagy, "but … END_OF_DOCUMENT_TOKEN_TO_BE_REPLACED

A narrative memoir by Steven Leventhal - coming soon. Sign up for the mailing list to get updates. I am working feverishly on my forthcoming memoir. This is the story of a pivotal year in my life. I had a front seat for one of the most … END_OF_DOCUMENT_TOKEN_TO_BE_REPLACED

In October 2019, at the Ensemble Travel conference in Seattle, I got to hear and talk to one of the most incredible individuals I have ever had the pleasure of meeting. The theme of the annual travel agent convention was "Travel With Purpose." Spencer West lost his legs below his pelvis at age … END_OF_DOCUMENT_TOKEN_TO_BE_REPLACED

with David Rusch and Steve Leventhal On the July 2021 edition of the Home Improvement USA program, Dave and Steve discuss reasons, other than investment purposes, to buy a home instead of renting a … END_OF_DOCUMENT_TOKEN_TO_BE_REPLACED