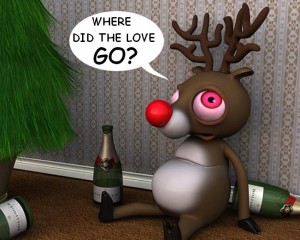 with Dave Rusch and Steve Leventhal

….Once again, InternetFM and SRN Broadcasting present the Christmas Sports Spectacular version of the show.

(Editor’s note: the producer of the show was cautioned on the use of the words “Christmas” and “Spectacular.” We felt that nothing on this show could ever pass for “spectacular,” and the only reference to Christmas is the use of an old, butchered version of “Twas the Night Before Christmas” with lyrics that reference heavy drinking and Packer Dave, that is at least fifteen years old.  But the Weekend Sports crew kept waving the First Amendment in our faces, so we relented.)

Andy Dorf from Sports Byline Sunday and Bob Terrell, one of Dave’s old drinking buddies (the best we could do on short notice) join us to discuss the Lions-Packers game, as well as the other contests with playoff implications.

In October 2019, at the Ensemble Travel conference in Seattle, I got to hear and talk to one of the most incredible individuals I have ever had the pleasure of meeting. The theme of the annual travel agent convention was "Travel With Purpose." Spencer West lost his legs below his pelvis at age … END_OF_DOCUMENT_TOKEN_TO_BE_REPLACED

with David Rusch and Steve Leventhal On the July 2021 edition of the Home Improvement USA program, Dave and Steve discuss reasons, other than investment purposes, to buy a home instead of renting a … END_OF_DOCUMENT_TOKEN_TO_BE_REPLACED