You are here: Home / Entertainment / Hero & Zero of the Week 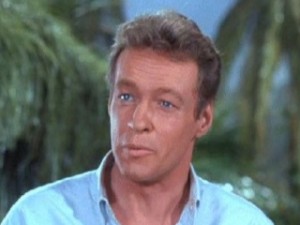 SO for this week’s ZERO, we’ll go with Saints receiver Marques Colston.   I’m sure all of you saw the absurd play to end their playoff loss to Seattle.  ALL he has to do is step out of bounds, at about the Seattle 35 yard line, and the Saints have at least one more play to tie the game.    Instead he not only tries to throw a lateral, the ball goes about 4 yard forward, so with the penalty and the 10 second runoff, the game is over.   I never, ever root for the Saints, but I sort of them wanted them to win, as the winner of the Panthers-Niners game would have hosted the Saints this weekend.  As it turned out, since the Panthers lost, it didn’t really matter.

Speaking of the Panthers, I was going to choose a couple of them for HERO of the Week,  even with their loss, as they had an awesome season.    However we must note the death of one of our favorite professors, Russell Johnson.     So smart, he was simply called ‘Professor.’     Of course I’m talking about the Professor on Gilligan’s Island,  one of those great 70’s shows we all watched many years ago.   Dawn Wells, (Mary Ann,) said Johnson, both on the set and off, was one of the best, nicest people she’d ever met.

In October 2019, at the Ensemble Travel conference in Seattle, I got to hear and talk to one of the most incredible individuals I have ever had the pleasure of meeting. The theme of the annual travel agent convention was "Travel With Purpose." Spencer West lost his legs below his pelvis at age … END_OF_DOCUMENT_TOKEN_TO_BE_REPLACED

with David Rusch and Steve Leventhal On the July 2021 edition of the Home Improvement USA program, Dave and Steve discuss reasons, other than investment purposes, to buy a home instead of renting a … END_OF_DOCUMENT_TOKEN_TO_BE_REPLACED