The Chicago Bears are in a fight.

Not with another team or the NFL front office, but with themselves. On paper, the Bears have a star-studded cast of players with names like Marshall, Cutler, Allen, Forte and Briggs. If only the games were played on paper. 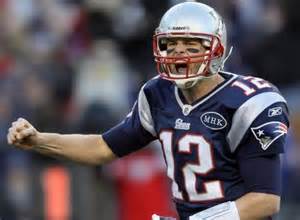 Every week the Bears find a way to shoot themselves in the foot, whether is be a turnover or dumb penalty. The Bears could be 6 – 1 going into week 8 against the New England Patriots but can not seem to get out of their own way. With terrible losses to Buffalo and Miami, the Bears look to turnaround their season against the AFC East’s best team.

The Pats stumbled out of the gate with a 33 – 20 loss to the Dolphins but have gone 5 – 1 since then, as Tom Brady has racked up 1705 yards, 13 touchdowns and only 2 interceptions. The Patriots are 2nd only to the Packers in turnover margin at +9, while giving up 22 PPG. “It’s going to come down to execution football for us. That’s the key… to make sure we’re on top of our game and do what we’re supposed to do in the run game and in the pass game,” Bears defensive coordinator Mel Tucker said when asked about stopping Tom Brady. Unlike Jay Cutler, Brady turns to a bunch of no-named wide receivers, led by Julian Edelman, to average 28.3 PPG at home.

With Stevan Ridley out for the year with a torn ACL, Shane Vereen (brother of Bears rookie safety Brock Vereen) will be the primary ball carrier. Vereen is a poor mans Matt Forte, as he averages 4.9 YPC and is a viable threat catching the ball out of the backfield. Brady’s favorite target, Rob Gronkowski, is getting healthy and looks to feast on the carousel of inexperienced Bears linebackers.

The Bears will also have to fight their urge to throw the ball when they are in a running situation. The Bears are 28th in the league in rush attempts, while having one of the most dynamic running backs in the league. The Patriots are 24th in the NFL in rush defense, giving up 126.3 YPG but boast the BEST passing defense with Darrelle Revis lurking in the secondary. 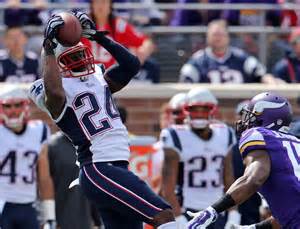 Marc Trestman will need to call the game of his career this week for the Bears to come out victorious. Trestman’s game plan will have to limit the amount of high risk throws by Jay Cutler while keeping the Patriots defense guessing. If the Bears are repeatedly behind the chains, expect a long day from this Bears offense and multiple turnovers by Cutler.

To beat a team that has a HOF quarterback and a dominant pass defense, the Bears will need to run the ball to open up the passing game and keep the chains moving. The Bears offense will get a boost with DE Chandler Jones out for the Pats with a hip injury, but will still need to orchestrate long drives to keep the ball away from Brady. It will take a total team effort to limit the amount of opportunities the Patriots have Sunday.

It is a tall order for the Bears this weekend in New England if they want to get a win. The loss to the Dolphins knocked the wind out of Chicago. A loss to the Patriots will be the knock out blow for the Bears’ 2014 season.

Key Match Up: Rob Gronkowski vs. the Bear Linebackers

Fact: The Patriots are 63 – 0 when leading at halftime in Foxborough under Tom Brady

A memoir by Steven Leventhal - coming soon. I am working feverishly on my forthcoming memoir. This is the story of a pivotal year in my life. In 1978 I graduated in a class of 225 from a small town in North Carolina, and entered college that … END_OF_DOCUMENT_TOKEN_TO_BE_REPLACED

In October 2019, at the Ensemble Travel conference in Seattle, I got to hear and talk to one of the most incredible individuals I have ever had the pleasure of meeting. The theme of the annual travel agent convention was "Travel With Purpose." Spencer West lost his legs below his pelvis at age … END_OF_DOCUMENT_TOKEN_TO_BE_REPLACED

with David Rusch and Steve Leventhal On the July 2021 edition of the Home Improvement USA program, Dave and Steve discuss reasons, other than investment purposes, to buy a home instead of renting a … END_OF_DOCUMENT_TOKEN_TO_BE_REPLACED