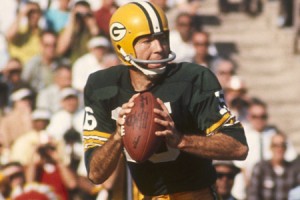 Here’s a treat for all of you who live, breathe, eat, and sleep football.  Otherwise, you would not be listening to this travesty of broadcast journalism.  But if you can’t get enough NFL, and Packer football, this recently unearthed treasure has interviews with not one, but two Green Bay legends.  Bart Starr and Brett Favre.  Favre and teammate Dorsey Levens talk about the 21- 7 Packer win over Tampa in the 1997-98 playoffs, en route to a date with Super Bowl XXXII in San Diego.

Dave and late Bob Greenberg interview Starr, MVP of Super Bowl I and II.   Also, hear from Steve Mariucci and Steve Young of the 49ers, Green Bay’s opponent in the NFC Championship game, plus Tampa’s Tony Dungy, and Kordell Stewart of Pittsburgh.

And of course there’s the usual assortment of stupid banter, bad jokes, and in your face radio from Len, Dave, Bob and Steve. Last but not least, ESPN’s Dick Vitale makes a cameo appearance.

A memoir by Steven Leventhal - coming soon. I am working feverishly on my forthcoming memoir. This is the story of a pivotal year in my life. In 1978 I graduated in a class of 225 from a small town in North Carolina, and entered college that … END_OF_DOCUMENT_TOKEN_TO_BE_REPLACED

In October 2019, at the Ensemble Travel conference in Seattle, I got to hear and talk to one of the most incredible individuals I have ever had the pleasure of meeting. The theme of the annual travel agent convention was "Travel With Purpose." Spencer West lost his legs below his pelvis at age … END_OF_DOCUMENT_TOKEN_TO_BE_REPLACED

with David Rusch and Steve Leventhal On the July 2021 edition of the Home Improvement USA program, Dave and Steve discuss reasons, other than investment purposes, to buy a home instead of renting a … END_OF_DOCUMENT_TOKEN_TO_BE_REPLACED