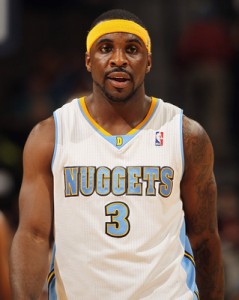 Lawson led the Nuggets to a 3-0 week with averages of 20.7 points, a Western Conference-best 11.7 assists and 7.0 rebounds. Lawson posted two point-assist double-doubles, including a 22-point, 11-assist, nine-rebound effort on March 4 at San Antonio during a 99-94 Nuggets win. Lawson had just four turnovers on the week.

In October 2019, at the Ensemble Travel conference in Seattle, I got to hear and talk to one of the most incredible individuals I have ever had the pleasure of meeting. The theme of the annual travel agent convention was "Travel With Purpose." Spencer West lost his legs below his pelvis at age … END_OF_DOCUMENT_TOKEN_TO_BE_REPLACED

with David Rusch and Steve Leventhal On the July 2021 edition of the Home Improvement USA program, Dave and Steve discuss reasons, other than investment purposes, to buy a home instead of renting a … END_OF_DOCUMENT_TOKEN_TO_BE_REPLACED