The Chicago Blackhawks have activated forwards Jonathan Toews and Patrick Sharp from Injured Reserve. Toews, 23, shares second in the NHL with 27 goals, and ranks second on the Blackhawks with 50 points (27G, 23A) in 49 games this season. The Winnipeg, Manitoba, native was honored as a National League All-Star this year for the third time in his career, and paces the NHL in … END_OF_DOCUMENT_TOKEN_TO_BE_REPLACED 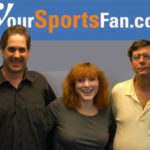 with Les Grobstein, Steve Leventhal, and Alison Moran Don Guzan from the D-Plantman show joins us for the last ever (for now) show on WKRS.  He's filling in for Packer Dave, who still in hiding two weeks after the Green Bay loss in the playoffs.  We have a discussion of the White Sox, on the weekend of SoxFest.  Also, some talk of the Tigers signing of Prince Fielder, and of … END_OF_DOCUMENT_TOKEN_TO_BE_REPLACED

with Andy Dorf and Fred Wallin The Dorfman and Fred talk about tennis and the Australian Open. Then they move into the matchup for Super Bowl XLVI and spent the rest  of the show talking about it. They take calls from listeners as well. To be part of the show listen online at 1100kfnx.com Wednesday nights 9-10 AZ Time and call in at 866-536-1100. Click to … END_OF_DOCUMENT_TOKEN_TO_BE_REPLACED 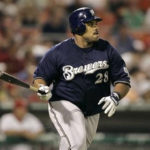 Bob Wojnowski of the Detroit News leads his story with, "This is as big as it gets, as stunning as it gets, as resounding as it gets. And the truth is, we probably shouldn't be shocked anymore." He goes on to discuss how TIgers owner Mike Illitch made good on his promise to do what it takes to land the biggest free agent not named Pujols. He also discusses what the team's … END_OF_DOCUMENT_TOKEN_TO_BE_REPLACED

Here is the lead story from our friends at the New York Post SAN FRANCISCO ­— On the road. In the NFC Championship. In overtime. The Patriots, already in, awaiting the winner. Harsh weather affecting every move. A draining, physical battle. A field goal to win it. It was all so eerily familiar. “Everything that happened is happening all over again, you understand? ‘’ Osi … END_OF_DOCUMENT_TOKEN_TO_BE_REPLACED

A narrative memoir by Steven Leventhal - coming soon. Sign up for the mailing list to get updates. I am working feverishly on my forthcoming memoir. This is the story of a pivotal year in my life. I had a front seat for one of the most … END_OF_DOCUMENT_TOKEN_TO_BE_REPLACED

In October 2019, at the Ensemble Travel conference in Seattle, I got to hear and talk to one of the most incredible individuals I have ever had the pleasure of meeting. The theme of the annual travel agent convention was "Travel With Purpose." Spencer West lost his legs below his pelvis at age … END_OF_DOCUMENT_TOKEN_TO_BE_REPLACED

with David Rusch and Steve Leventhal On the July 2021 edition of the Home Improvement USA program, Dave and Steve discuss reasons, other than investment purposes, to buy a home instead of renting a … END_OF_DOCUMENT_TOKEN_TO_BE_REPLACED